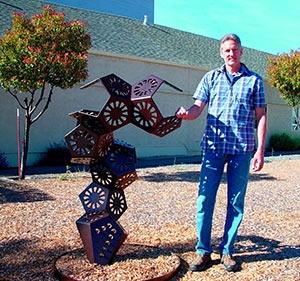 David Mudgett is participating in the Cloverdale Sculpture Trail. His pieces have been shown extensively in CA, and can be found in both public and private collections. David has received numerous awards including one Best of Show and two Honorable Mentions in past Cloverdale Annual Sculpture Exhibits. David’s sculpture in the 2013 Sculpture Trail is “Drain”, which was fabricated from 1/2″ mild steel plate. Each of the sixty two individual plates were flame ground and sanded to give the appearance that the piece was cast whole. “Drain” is located in the empty lot across from the Downtown Plaza on Cloverdale Bouevard.

Inspired by his grandfather, Mudgett was drawn to steel and spent years as a pipe fitter learning the craft. He was fascinated by the ease at which large pieces of metal could be formed into limitless objects, and the metal soon became an affliction. These years of metal fabrication gave him a firm grasp of steel, yet he found the conventional uses littered with boundaries. The fusion of art and steel was calling to him.

Today, David is a full-time sculptor focused on steel and natural elements combined with steel. He views sculpting as offering excitement, intrigue, tests and triumphs with an every changing path. 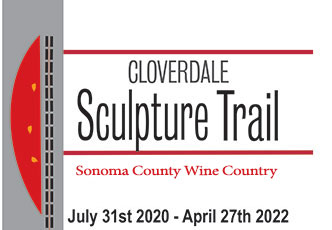 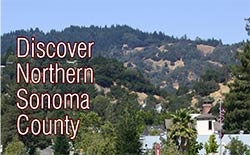