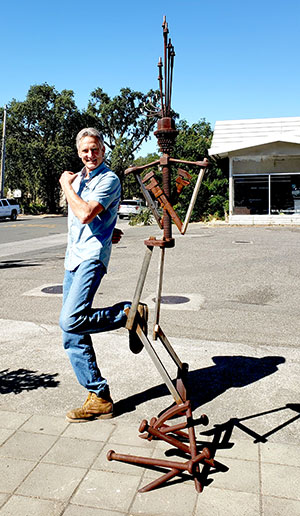 I couldn’t tell you why, but Joe Magee was the first name that entered my mind when I considered naming this piece. Somewhere back in our not too distant past, a man named Joe Magee was given a task. His execution of the task was graded poor and sloppy. Joe Magee was not the first nor the last to offer up shoddy work, but for some strange reason his name became the go too phrase in describing it. In my youth, I used to hear the old timers in the metal fab industry loosely throw the term around. A Joe Magee Job rarely went unnoticed. And at that time, before the era of political correctness, I hadn’t noticed what might be racist undertones in the phrase. So I used the term myself for years without giving it much thought. Until now! This is just one example of how we unintentionally pass on racist behavior to our youth.

I’ve been building things my whole life. Always encouraged to repair rather than replace, I became mechanically inclined at a young age. I have always gravitated towards shape, sound and movement.

I was first drawn to metal by my grandfather, the pipe-fitter. Intrigued by his metal finesse, and surrounded by his many projects, I was lured in. Staring at the fire and witnessing the magic as the molten metal danced around him has indelibly burnt itself into me.

Following in his footsteps, I was fortunate to serve my apprenticeship in a large pipe fabrication shop and spent years as a pipe-fitter. The ease at which large pieces of metal could be formed into limitless objects fascinated me, and the metal soon became an affliction. These years of metal fabrication gave me a firm grasp of steel. I unfortunately found the conventional uses littered with boundaries.

Urged to apply my metalworking skills to art, I produced my first sculpture. This new found form of expression was exhilarating. I had stumbled onto the creative freedom that I was searching for. Having now spent the better part of my life working with steel, I am incurably hooked.

Its strength and versatility afford me the liberty to take a piece in any direction.